Will Buying a Business Make You Rich?

Recently, Forbes took a comprehensive look at how many Forbes 400 members founded their own businesses, and at what age they did so. The end results were clear: unless you’re planning on inheriting your wealth, it’s best to start or buy a business earlier rather than later.

Almost half of the entrepreneurs in the ranks — Forbes classifies 254 of the 400 list members as founders — started a business before they hit 30; nearly 85% had by age 40. The average age was 32. The company they founded wasn’t necessarily the one that ultimately made them rich, but it marked the official beginning of their entrepreneurial path. It’s possible to hit the jackpot if you start later, but it requires careful and deliberate strategies with little room for careless errors.

Ernest Hemingway apparently got the answer wrong when F. Scott Fitzgerald told him “the rich are different from you and me” and Hemingway responded, “Yes, they’ve got more money.” His answer should have been: “They own businesses.”

The odds of having business income increase substantially once adjusted gross income (AGI) exceeds $100,000. More than 40 percent of people with an AGI of $250,000 or more have one of these two types of businesses. More than 72 percent of the really wealthy – people who earn more than $1 million per year – have a partnership or S-Corp. And nine-in-ten of the super-wealthy – people with an AGI in excess of $10 million – have one of these.

IRS data reveal that the majority of the “top one percent” has a partnership in an S-Corp, they own a stake in a business. Research shows, most of today’s millionaires weren’t born into their wealth. No matter how millionaires obtain their money, they all share some common traits, including prioritizing savings and diversifying investments. Further, a second study by Fidelity Investments found that 88% of all millionaires are self-made, meaning they did not inherit their wealth.

Many self-made millionaires have money coming in from several places, including their salaries, dividends from investments, income from rental properties, and investments they have made in other business enterprises, to name a few examples. If one income stream slows down, there’s another that can take its place. Much of this is called passive income, or money being earned without actively spending time and effort in the enterprise.

They do both, depending on how much capital they have to invest. However, buying a business is preferred for the following reasons.

Do you want to improve the value of your business? Click here for your FREE Value Builder Score!

Talk to us today! 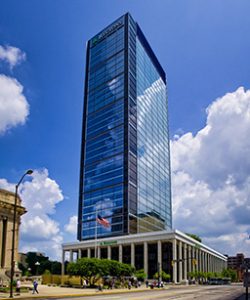 Indiana Business Advisors is the leading and largest business brokerage firm in Indiana specializing in marketing and selling Main Street and Lower Middle Market businesses. With more than 175 Indiana businesses available for acquisition and more than 220 franchisers seeking to expand in the state, our access to a network of 10,000 businesses of all sizes nationally and internationally keeps us at the forefront of business brokerage. Your success is our success.
Page load link
Go to Top